To get into the spirit of the current World Cup, in Brazil, we thought it would be fun to put together a Christmas World Cup XI. The team is made up of traditional Christmas characters and from the movies. 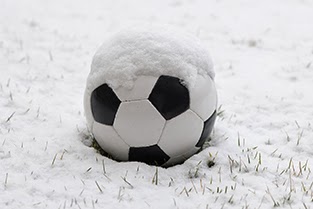 Of course we will have to go for a Christmas formation of, one, four, three, two, one

In goal, well it has to be the Big Man himself. Father Christmas / Santa. Think about it, how many Christmases has he saved? You are in safe hands with him between the posts.

The defence needs speed on the flanks from steady and reliable personalities and a central defence with mean individuals.  So the central defence picks itself, with Scrooge and The Grinch. One mean defence. For left and right backs you need spend on the flanks, so we I have selected Comet and Blixen for blitz defence.

In the midfield you always need a hard man, the one who gets things done and that would have to be John McClane. And with him you need a flare or creative player. So who would that be…maybe a wiser older player and that would have to go to Melchior, The King of Light (the other wise men would be on the bench). Then you need that midfielder, who is not either hard or creative but who will run all day to ensure the job is done. And I would select Arthur Christmas to get the job sorted.

Then there are the two wingers who have to provide speed, width and great crosses. The Snowman (as in Raymond Briggs), is always walking in the air. Likewise the same with the Ghost of Christmas Past. Plus he already has good understanding of Scrooge. Both of these wingers are real flyers.

Up front you have to have Rudolf, with his red nose. You can play the long ball into his hooves all day. Really has a got marker to aim at.

And as with all teams, you need a Manager. Someone who is cool under pressure and that would have to be Jack Frost.

So the starting XI would be